Posted Mar 13th, 2017 in Media, General, Insurance Tips, Auto Insurance, Did You Know?, In the News

Since the world of autonomous vehicles is quickly approaching, we thought it would be helpful to examine the 5 levels of autonomous driving systems and outline their differences. 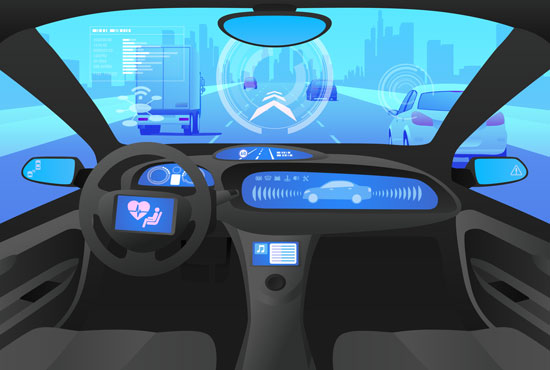 Especially since Tesla announced that every Tesla will have the hardware to be autonomous, promising their first fully autonomous vehicle to be available by 2018. If you are unaware of what exactly an autonomous vehicle is, then make sure you check out How to Prepare for the Autonomous Vehicle Future.

Are Autonomous Vehicles the Future?

On our pursuit to fully grasping autonomous vehicles, we felt an outline of automated levels would significantly improve our understanding.

No automation, as a human being controls all functions of driving. The vehicle may include Advanced Driver Assistance Systems (ADAS) such as rear camera, navigation, collision warnings, and traffic sign recognition.

Most driving functions are controlled by the driver; however, there are some ADAS options such as Automated Emergency Braking Systems (AEBS) or automatic accelerating or steering available in the vehicle.

Level two is when more than one ADAS function is happening simultaneously without the driver interfering, such as automated parking, and auto-pilot mode. The driver must always be ready to control the vehicle.

According to TechRepublic, level 4 vehicles are "designed to perform all safety-critical driving functions and monitor roadway conditions for an entire trip." However, it does not function within every driving scenario and the system may ask the driver take over the controls.

Level five are fully autonomous vehicles that do not require a human begin to drive or monitor.

Considering we already have vehicles on our Ontario roads featuring levels 0 and 1, it’s possible that we will see level 4 autonomous vehicles by 2020.

>>Get an INSTANT Auto Quote NOW

Purchasing a home will likely be one of the largest decisions and financial commitments you will make in your life, so it’s important to make an educated and informed choice. You won’t want to find any surprises after you’ve already bought the home that could lead to financial hardships or health and safety issues. To make sure the home you are interested in buying is safe and up to code, we highly recommend completing a home inspection to properly evaluate the home and property.