How to Prepare for the Autonomous Vehicle Future

Posted Mar 6th, 2017 in Media, General, Insurance Tips, Auto Insurance, Did You Know?, In the News

The autonomous vehicle revolution is quickly approaching, with experts predicting they will be on Ontario roads by 2020. 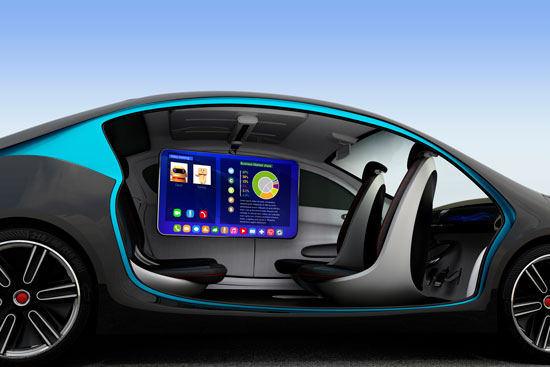 What is an Autonomous Vehicle?

According to Techopedia, an autonomous vehicle is a vehicle that can guide itself without any human involvement. Autonomous vehicles are also referred to as driverless cars, robot cars, self-driving cars or autonomous cars.

Are Autonomous Vehicles the Future?

Canadian Underwriter advised some of the concept autonomous vehicles that were unveiled at CES this year – check out their article for more details and pictures.

This car can accelerate from 0 to 100 km/h in a mere 2.39 seconds.  The car was able to drive itself in an almost full parking lot, looked for space and then backed into space.

Fiat asked their millennial designers to create a vehicle for their demographic.  The Portal is fully autonomous and allows passengers to be productive while on route to work by providing full connectivity to the Internet.

This vehicle has an artificial intelligence for a brain and is able to pick up on the lifestyle preference of its passengers.  It monitors the mood of its passengers and depending on the mood, the car will react.  For example, if it detects anxiety or anger, the car can play uplifting music or emit an aromatic scent to help smooth over any bad mood.

At CES, video game technology, Nvidia announced the Xavier Al Supercomputer for cars.  Nvidia is now building fast computers to power the next generation of autonomous cars and Audi has agreed to build technology using the Nvidia supercomputer as the brains.

>>Get an INSTANT Auto Quote NOW