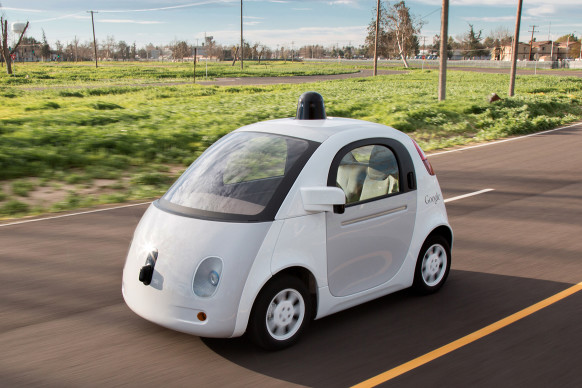 According to Google’s Official Blog, interestingly, this car has no steering wheel, accelerator pedal, or brake pedal as they are not needed. All they require is Google’s software and sensors to do all the work. However, due to California state law a person must be present in the car, in the event they are needed to take over driving. This will most definitely impact the insurance industry as new regulations will need to be established to incorporate autonomous driving.

It appears as if all car companies are moving in this direction as they have started adding safety features such as automatic braking and lane departure warnings and according to Wired online, “In the next few years, expect cars to handle themselves on the highway, with more complicated urban driving to follow.” However in contrast to Google other conventional auto makers believe it will be a more timely process. Thomas Ruchatz, Audi’s head of driver assistance systems and integrated safety commented,

“We call it a revolution by evolution. We will take it step by step, and add more functionality, add more usefulness to the system. (Full autonomy) is not going to happen just like that where from one day to the next we can travel from our doorstep to our work and we don’t have a steering wheel in the car.” (Source: http://www.wired.com/2015/05/google-wants-eliminate-human-driving-5-years/?mbid=psocial_rs)

‘“Ever since we started the Google self-driving car project,” team leader Chris Urmson wrote in a 2014 blog post, “we’ve been working toward the goal of vehicles that can shoulder the entire burden of driving. Vehicles that take the human out of the equation altogether.” (Source: http://googleblog.blogspot.com/2014/05/just-press-go-designing-self-driving.html)

So by 2020 we could be introducing this car on the market, which would mean many changes to regulations, insurance, and auto sales. Something that seems so far in the future is really just a few years down the road now.

Technology changes and the autonomous car are issues that are of interest and concern to Youngs Insurance Brokers and we will keep you updated with the facts on Google’s revolutionary technology and how this will influence the insurance industry.

Purchasing a home will likely be one of the largest decisions and financial commitments you will make in your life, so it’s important to make an educated and informed choice. You won’t want to find any surprises after you’ve already bought the home that could lead to financial hardships or health and safety issues. To make sure the home you are interested in buying is safe and up to code, we highly recommend completing a home inspection to properly evaluate the home and property.