Today’s technology allows airbag suits to deploy exactly when they need to, making your motorcycle ride much safer.

In the back of every motorcyclist’s mind is the reality of an accident. 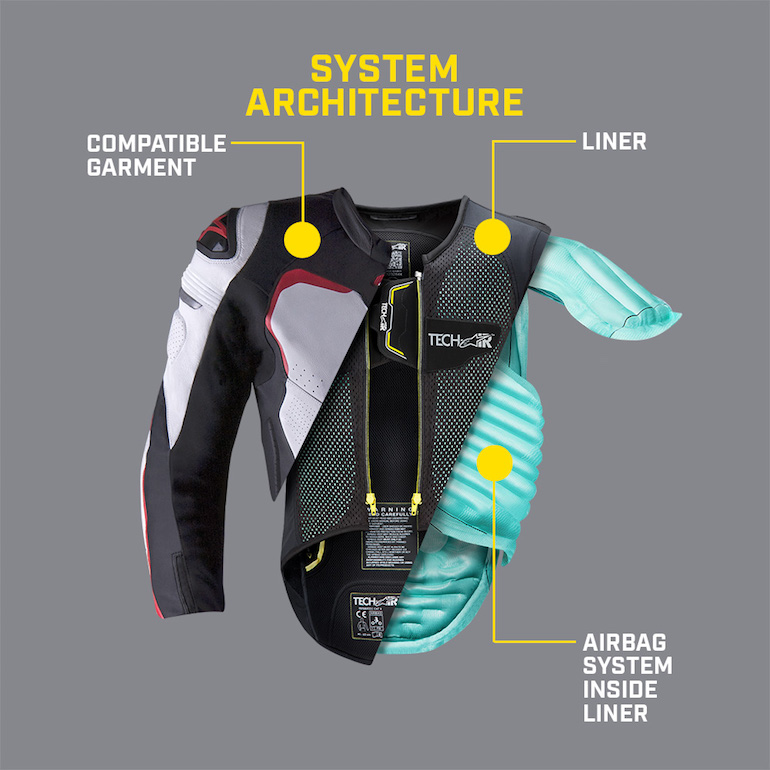 Being one of the biggest advancements this decade, airbag suit systems are now complex and feature high-end technology. In the past airbag suits used to deploy by a tether cable that was anchored by a motorcycle. However, today’s airbag suit system includes an algorithm that is precise and effective.

There are two companies, Alpinestars and Dainese, that have created systems that operate independently without connecting anything to the motorcycle. These airbag suits deploy a lot faster than previous tethered airbag suits. Both systems include an airbag vest that is to be worn under a jacket that is designed to adapt the airbag system. These suits have the ability to detect crashes before even happening due to built-in accelerometers.

Selecting an airbag suit system that works best for you.

Through the D-Air system, there is a GPS element that can detect how fast you are going and whether or not to deploy the airbag suit based on the motorcycles speed. In the case of a crash, the airbag suit will inflate extremely quickly to keep the driver safe.

The Tech-Air system, (made by Alpinestars), has two different versions of airbag suits: street and race. The key difference between these two airbag suits is the race version has the ability to change its firmware from race to street by being plugged into a laptop. While the street airbag suit does not have that luxury.

Every motorcyclist should look into the modern-day airbag suits as this advanced software in both companies’ airbag suits is changing the way motorcycle drivers are staying safer on the roads.