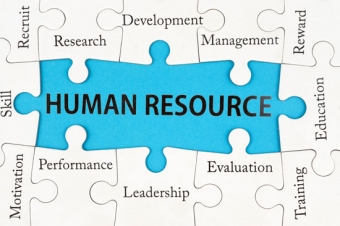 Barton, the head of the economic growth advisory council, says the Canadian government has to figure out what to do with older workers whose skills are no longer sought after.

Below article from Canadian HR Reporter

Dominic Barton told a conference of university students, administrators and that some 40 per cent of existing Canadian jobs will disappear over the coming decade as technology automates their work.

He says that could widen the gulf between rich and poor as those Canadians who aren’t on the leading edge of technological change are left behind.

He says the Canadian government has to figure out what to do with older workers whose skills are no longer sought after.

And he says the government must also think ahead to helping students upgrade their skills over the course of their careers – because what they learned in school isn’t going to remain as relevant as think.

“Are our institutions ready to deal with that disruption? Because it’s always easy if you’re highly educated, and you’re on the leading edge of the technology, it’s a wonderful world, actually, it’s an increasing returns-to-talent world – which means you’re going to see much more income inequality,” said Barton, managing director of global consulting giant McKinsey & Co.

If universities and governments don’t find ways to help workers upgrade their skills regularly so that they remain relevant, Barton warned that the longstanding social contract with Canadians could fall apart.

Barton delivered his assessment of the changing economic and technological landscape in a morning speech to a universities conference, hours before the government’s growth council released a report outlining ways to help increase and maintain market participation in the coming years.

This Earth Day, we're inspired to give back to a meaningful cause that works to help protect our environment; The David Suzuki Foundation.

During these uncertain times, our priority remains the health and well-being of our clients, employees, partners and community. Please read this important notice regarding COVID-19 and our offices closing.

Please be advised that all Youngs Insurance locations are now closed to the public, due to the COVID-19 outbreak. As always, we are committed to our clients and continue to be available via telephone and email. Contact your office with any questions, and for more information and updates, please continue to check https://www.youngsinsurance.ca/covid-19