HR News | The end of gender on government documents?

Ontario holding consultations on how gender information is treated on government forms, ID. 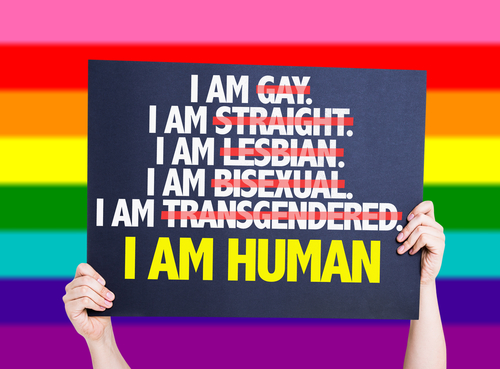 TORONTO (CP) — Ontario is considering more changes to the collection and display of gender information on government documents, not long after announcing gender-neutral driver's licences and health cards.

Public consultations launched earlier this month look at how gender information is treated on government forms and identification documents, including birth and marriage certificates.

A preamble to an online survey says "people with transgender and non-binary gender identity may face barriers and other negative outcomes when trying to access services'' so the government wants to ensure its policies are inclusive.

Ontario has already announced that starting in early 2017, drivers will be able to select an X instead of an M for male or F for female on their licences.

People can also now obtain health cards without sex information displayed on the front of the card.

"There's more work to be done on this, so we're reaching out to Ontarians to make sure we develop good policy that the government can use to make appropriate decisions about when and how to collect, retain, use and display information about persons sex and gender,'' Christine Burke, a spokeswoman for the government and consumer services minister, said in a statement.

Trans advocate Susan Gapka would like to see sex and gender not displayed on birth certificates. The type of changes the government is contemplating are relatively easy and low-cost to achieve, but mean so much to the community, she said.

"I was born again, so to speak, 20 years ago,'' Gapka said. "Now I have to renew my health card and having the correct or the accurate way that I feel best describes me, as female, is really, really important to me. In fact, I had to change laws. We had to change laws and change society's opinions so I could have that.''

The consultation survey says the government is proposing to collect gender information as the default and sex information only if needed. For example, sex is necessary for the Ontario Health Insurance Program, it says.

Greater use of X as a gender identifier is also possible on other identification, such as photo ID cards for people who do not have driver's licences. And, the consultation document says, the government wants to see a consistent process for people who identify as trans or non-binary _ defined as people who don't identify exclusively as male or female.

The survey asks participants what they think are good reasons for collecting and displaying sex and gender information on government ID, such as identification, law enforcement and fraud prevention, statistical evidence, health care and personal safety, for example to help someone access services at a shelter.

The consultation closes on Sept. 16.

On May 10, 2020, Youngs Insurance proudly celebrates 110 years of providing insurance with integrity throughout Ontario. To celebrate this milestone, we’re introducing our #GiveBackOntario 110 Acts of Kindness Challenge.

On May 10, 2020, Youngs Insurance proudly celebrates 110 years of providing insurance with integrity throughout Ontario. To celebrate this milestone, we’re introducing our #GiveBackOntario 110 Acts of Kindness Challenge.

Please be advised that all Youngs Insurance locations are now closed to the public, due to the COVID-19 outbreak. As always, we are committed to our clients and continue to be available via telephone and email. Contact your office with any questions, and for more information and updates, please continue to check https://www.youngsinsurance.ca/covid-19